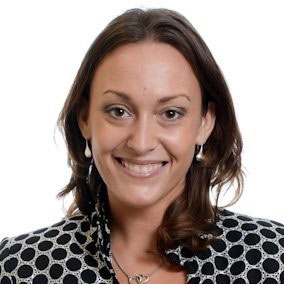 We sat down with Greg Higham, CIO at Malwarebytes, to talk about how they’re using OKRs to drive alignment and achievement. Greg talks about the focusing power of OKRs, how everyone benefits from WorkBoard transparency, and why coaching helps.

WorkBoard: Tell me a little bit about the impact of localizing the company level objectives and key results to every team in the organization.

Greg Higham, CIO at Malwarebytes: I think what you see when you localize objectives across the company is alignment. It’s not just each area focused on their particular objectives, but they’re truly cascaded from the executive team right down to the individual contributor, so everybody’s aligned. You get everybody focused on the things that truly matter, not so much the things that may incent an individual. So you end up with really strong alignment.

Can you tell me a bit about the transparency across teams now?

How does that impact your team specifically and the functions that you lead?

One of the ways it really impacts my team is I have my leaders input all of their weekly reports into WorkBoard, and then we tie it back to the OKRs for our function, and they cascade back through the executives. So we have this dialog in and through WorkBoard, that ensures this tieback to our OKRs, which then obviously are cascaded back — more great alignment.

WorkBoard is very well-developed, it’s well-built, and it’s got a great UI/UX. And having their coaching was just so valuable.

Can you tell me a little bit about the workshop we did together to localize your teams’ OKRs? What was the first workshop like, and what have the workshops been like since?

The workshops for us were incredibly important. While WorkBoard is fully functional, it’s very well-developed, it’s well-built; it’s super functional. It’s got a great UI/UX. But really, the value for us came from the partnership and having the WorkBoard team work with us on alignment and on the OKR process. It was so valuable to teach us how to do this. Having that partnership and having that coaching in how to strengthen this muscle as an organization was invaluable.

Where we are now is at a place where we’re doing it ourselves — with the occasional lean-in from the WorkBoard team to keep us on track. Now we’re a bit more independent, and we find that we can flex that muscle on our own to some degree, to a growing degree, but without that partnership, it would have been super challenging.

How have the OKRs that you’ve defined changed how you lead your own organization?

The big difference for us with OKRs as opposed to an MBO, or something of that like, is they’re aspirational. What we find is we’re shooting much higher, and we’re trying to overachieve. Even if we miss to some degree, with those aspirational goals, we’re still landing well above where we probably would have landed had it been something tied back to compensation, which is typically a lot safer. The end result is, right now, as a company, we’re overachieving.

How have people responded to the clarity, transparency, and alignment?

The team really appreciates the transparency that WorkBoard and this approach brings. You can see up and across the organization how your OKRs align not just organizationally within your function but across functions, and up and down in the organization. I think that transparency has been extremely well-received, and it just works. It’s super simple; it’s very clear, it’s all well-documented, it’s easy to navigate. WorkBoard is super appreciated and really valued.

What we find is we’re shooting much higher, and we’re trying to overachieve.

The team really appreciates the transparency. You can see up and across the organization how your OKRs align within your function and across functions.

What advice would you give other CIOs and leaders thinking about a new approach to alignment and accountability?

For anybody in my role, or a similar role, the good news is that WorkBoard is well-thought-out. It’s secure, it’s well-integrated, so the platform itself is leading in its space, which was really reassuring to me as a CIO. But again, this organizational alignment — very often, a CIO has multiple functions: you have a business applications team, an IT operations team, and a security team. Trying to get them aligned with a consistent set of objectives can be challenging. This approach brings us the breadth, focus, and transparency that ensures that alignment in an area otherwise difficult to align. We found it to be super valuable as a cross-functional team.

How has the executive team changed their weekly approach and focus with OKRs?

We lead this through the executive team. As a team around the table, most of our weekly gatherings start with an OKR discussion. “Where are we against our OKRs? How are we achieving the key results? Do we need help from anybody else?” Really leading with this as an executive team is, I think, instrumental in having it adopted and embraced by the organization. We live it and the results are pretty demonstrable.

The three words that I would use to describe WorkBoard are exceptional, cross-functional, and alignment.

My ability to go see what everybody in the organization is up to and how we’re doing, so it’s not just “How’s my team doing?” I can look across the organization and see where maybe I might be able to help in other areas or help pull people together that can help achieve a key result against a key objective. That visibility and that transparency at a touch is something that we had just never had before. To me, it’s invaluable.

About Greg Higham
Greg is CIO at Malwarebytes. He is a seasoned technology leader, who has enabled growth for businesses of all sizes and industries. Higham has a proven track record of fueling businesses into the next phase of development. Before joining Malwarebytes, he was CIO of Marketo, where he helped navigate a successful IPO and sale to Vista Equity Partners for $1.8 billion by tapping his experience in operations management, business process reengineering, customer service, security and governance. He earned a degree in Computer Technology from CDI, San Francisco, and is a graduate of Stanford University’s Professional Education program.

Drive alignment and achievement with WorkBoard.